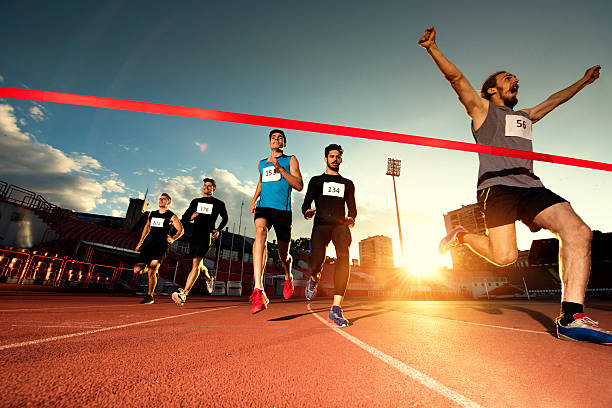 European marathon champion Richard Ringer provided one of the sporting highlights at the European Championships. In an interview, he talks about his gold run, the significance of the triumph, and looks to the future.

What a run Richard Ringer had!

M: Congratulations, Mr. Ringer! Have you come to terms with your European Championship triumph in the meantime?

Richard Ringer: It took me a few days. When I saw the finish line for the first time, I felt the first emotions. The pictures made me realize why my coach was so emotional. That is indescribable. But in the end, it’s like any other success, whether it’s winning the European Championship or any other victory. I’m someone who looks straight ahead. Nevertheless, this title naturally inspires me and will accompany me throughout my life. I now walk the streets here – at least in Munich – and am approached by people who tell me how awesome it was.

Ringer has his sights firmly set on the 2024 Olympics

M: When is your next marathon coming up and what are your next big goals?

Ringer: You have to see how long your body needs to recover and what kind of competitions are coming up. In 2021 I was already training again after a week, but Sapporo was just around the corner. Now nothing is coming for a while. I have to listen to my body now and see if another marathon makes sense this year or if I should rather do something smaller. The next big goal is definitely Paris 2024 and I would love to finish in the top eight.

M: And if we think of it on a smaller scale, when will a smaller recovery run be possible again?

Ringer: Well, not for the next two weeks (laughs). I’m just going from 100 to 0, which is what the body needs. But I’m going to take it easy on the bike. That will do me good. But the stairs, the way I’m going down them right now, that’s not working at all. It feels worse than the sprint to the finish line, I have to be honest.